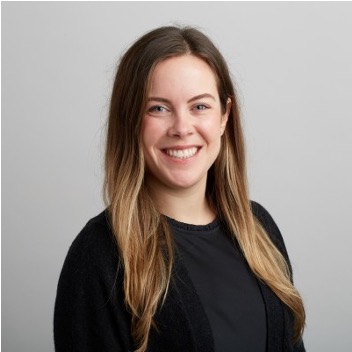 We are just starting our PIANC chapter here in Canada and we take a lot of inspiration from what your team does in ANZ.

When Neville Berard, a passionate coastal engineer currently based in Vancouver, Canada decided to follow PIANC ANZ on LinkedIn she didn’t realise she would be our 1,000th follower – and a cause for our celebrations.

Turns out Neville Anne is a PIANC Young Professional and busy helping PIANC Canada build its membership. Since the chapter’s inception, she has been the YP representative for PIANC Canada and she now runs their LinkedIn page.

Neville graduated from Queen’s University Ontario with a Bachelor’s degree in civil engineering in 2011. She was briefly tempted by river engineering and did a fourth-year thesis titled “Cellular Secondary Currents and Sand Dunes” and involved the set-up and operation of a tilting flume laboratory model and use of laser profiling equipment.

Her true passion called, and she followed this up with a Master’s degree in civil engineering – her thesis topic being “Dune Erosion and Beach Profile Evolution in Response to Bichromatic Wave Groups.” During her time there she constructed a laboratory model of dune erosion to make high precision measurements with an ADV and laser profiler for comparison with numerical models.

In fact it’s hard to say who benefitted most from her time at Queens. By the time of her graduation in 2014 Neville, in her role as a Coastal Engineering Research Assistant, had been responsible for the revitalization of the University’s Coastal Lab Wave Basin. This included personal research, undergraduate labs, and a contracted model for a client.

Not surprisingly she has been an in demand coastal engineer ever since – working first for WorleyParsons/Advisian in Vancouver and then for Ausenco for four years which included a career highlight of ten months in Santiago, Chile. Her role in Chile was to help grow the Ports team, working on BD pursuits and helping her new colleagues integrate with the global team. Thankfully this also left some free time to travel throughout the beautiful country and attempt to decipher the infamous Chilean Spanish.

Early in 2021, Neville joined Northwest Hydraulic Consultants in North Vancouver, British Columbia, Canada where she has been focusing on projects that incorporate natural shoreline design and planning for climate change adaptation.

She told us “We are just starting our chapter here in Canada and we take a lot of inspiration from what your team does in ANZ. In addition to being another PIANC Chapter outside of Europe, ANZ is similar to Canada in that the chapter covers a large, geographically diverse area and works to connect members throughout. In particular we are impressed by the long-term vision undertaken by the ANZ Board and the mentorship program. “

“Funnily enough,” Neville says, “my PIANC journey started with a paper I wrote for the 2018 PIANC World Congress about an Australian project. The job involved assessing the impact of bringing larger ships into the berth at CITIC Pacific Mining’s Cape Preston in Western Australia. To assess the impact of the propellers on the slope, we designed physical model tests that were then implemented by the team at the UNSW Water Research Lab in Sydney. The project resulted in some useful comparisons of velocity profiles from bow thrusters and propellers compared with the latest available PIANC Guidelines.”

Travelling to Panama to present this paper was an eye-opening experience for her and was a great introduction to the organisation. She was lucky to discover after the conference that she was awarded the best paper by a Young Professional – a great honour!

It’s a small world, and with PIANC – an interconnected and helpful one. Thank you, Neville, and all the very best for you and our friends at PIANC Canada!

Link to the paper is here if you are curious: