Congratulations to our Climate Change Champions 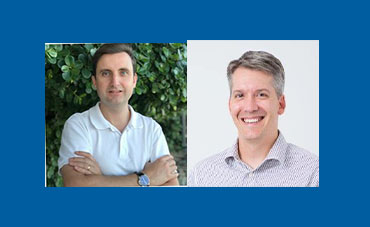 In March 2020 PIANC HQ announced the appointment of Climate Change Champions to each of its Technical Commissions. These individuals will also represent their respective Commission on PIANC’s Permanent Task Group on Climate Change.

The main role of the climate champions will be to provide:
1) Relevant expertise on climate change issues for the work of the Commissions
2) A link between the Commission and its activities and PIANC’s Permanent Task Group on Climate Change (PTGCC)
3) A conduit for the flow of technical and scientific information regarding climate change within PIANC.

PIANC Australia and New Zealand is very proud that two of the four new champions were nominated from our region.  (A third, Kate Panayotou, is an Australian currently living and working in England, and was nominated by the UK section.) 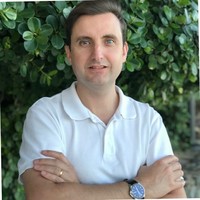 Gildas Colleter is an enthusiastic French-Australian maritime and coastal engineer who has delivered many award-winning projects over the last 20 years with his peers. He brings his experience of working in multi-disciplinary and multi-cultural environments to the Maritime Commission Climate Champion role, and his continuing fascination with our maritime and coastal environment and discipline.

“We truly connect people and places” Gildas says, “and I am honoured and very grateful to have been selected for this role.”

“I believe our profession can implement practical actions to make a measurable difference on Climate Change outcomes. I hope to contribute to PIANC by identifying tangible climate actions which are consistent with the learnings of the Permanent Task Group on Climate Change.”

“A key principle of risk management is to treat the hazard early, so let’s encourage climate action and grow a virtuous cycle which promotes the PIANC centenary culture of accountability.” 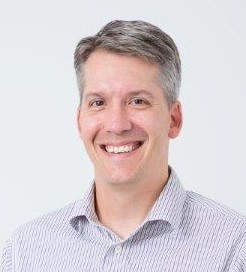 Greg Fisk’s education, training, and professional experience is firmly on coastal management related to port and waterfront development, but he has been working in and around the field of climate change for almost 15 years.

In his new role he will continue to work closely, he says, “with port and harbour authorities, the boating industry and organisations like the Marina Industry Association on a critical issue that will definitely affect the sector in the coming years.”

Greg is hoping to raise the awareness of the industry and other stakeholders to climate change threats but also the opportunities if the industry can be agile to the changes that are likely to occur.

“Comparing and contrasting approaches and responses internationally will also be important to define what is ‘best practice’,” he says.

“I also believe strongly in practicality in terms of climate change response; while the science is complex, the most effective responses and solutions are the ones that are best understood and owned by the people who implement them.”