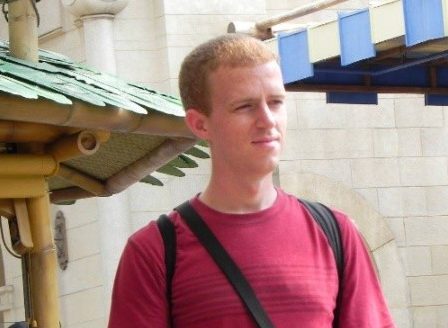 PIANC ANZ is very proud to announce that our own Benjamin Popovich is the worthy recipient of the 2020 De Paepe – Willems Award, for his paper on “Tsunami Resilience of Pile Supported Wharves: A First Principles Approach”.

Ben, who is a Hazard and Risk Analyst at the National Institute of Water & Atmospheric Research Ltd (NIWA) in Wellington, New Zealand, has been a keen PIANC member for years. His work on the resilience of NZ wharves to tsunami hazards is of great importance to that island nation and of significant potential use to communities beyond NZ.

Tsunami have become a natural hazard of focus in recent years as a result of large and damaging events such as the 2004 Indian Ocean Tsunami, the 2011 Tohoku Tsunami, and the 2018 Palu Tsunami.  Although most tsunami in New Zealand have been insignificant in scale, Ben says, damaging ones have occurred as well along our coastlines.

Ports are one category of infrastructure that presents a particularly great risk from tsunami impacts as a result of their inherent position along the coast and their prominence in supporting economic and social well-being.  Ports entail a wide variety of infrastructure components in terms of functionality and structural characteristics but one of the most fundamental components is wharves, damage to which would compromise the operability of the entire port.

Ben’s research sought to provide a comprehensive evaluation of the structural impacts on New Zealand wharves from tsunami.  As no existing studies had provided a similarly comprehensive assessment, he adopted a first principles approach in which information about New Zealand wharves was compiled, tsunami load characteristics were defined from literature and experimental studies, site-specific propagation models were developed in order to determine associated hazard parameters, and computational structural wharf models were developed and analysed against the loading characteristics.

All of this information was then brought together to provide a better understanding of tsunami impacts on wharves in general as well as on specific New Zealand port locations.

Although Ben was not able to accept his award in person at the Covid-19 cancelled 2020 PIANC AGA, he is looking forward to participating next year. And he wants to thank everyone who assisted his work.

“I would like to express the utmost gratitude to PIANC for the opportunity to participate and the privilege of receiving this prestigious award.  I want to thank my PhD supervisor Liam Wotherspoon, the PIANC members who alerted me to this opportunity and encouraged me to apply, Ron Cox and Michael De Vos, my current employer NIWA, and of course my wonderful wife Raizha, for being really supportive of this endeavour in every way.  I hope this research continues to expand and finds use and importance in the design and implementation of port infrastructure.”

About the De Paepe-Willems Award

This yearly prize is given in honour of two PIANC Presidents, Professor Gustave Willems, President of PIANC from 1956 until his death in 1982, and his successor Robert De Paepe, (1982 – 1999) who particularly fostered the international spirit and the professional development of PIANC.

Contestants for the prize should not have reached the age of forty and they are required to submit a paper on subjects in the fields of design, construction, improvement, maintenance of operation of inland and maritime waterways (rivers, estuaries, canals, port approaches), of inland and maritime ports and of coastal areas.

A list of previous winners and topics is here.

It has been a long time between awards. The last ANZ winner of the De Paepe-Willems Award was current Chair, Will Glamore who won the award in 2008 for his paper on A Decision Support Tool for Assessing the Impact of Boat Wake Waves on Inland Waterways.